We Are Nothing But Puppets…

I was in a meeting at work watching people going at it – arguing, proving, getting mad at each other, playing ” I am so important and you should listen to me” game.  It was entertaining and eye opening. I was sitting there and thinking – how did we ever got so far? How in a world we ended up being so attached to beliefs that are not ours? How in a world we never questions anything? Why do we get sucked into these roles that we play day in day out? And it is not just work, we play all kinds of roles in this life – neighbor, sibling, child, adult, parent, friend, and just a human being.

We have these behavioral templates that we believe in without thinking, without questioning. We use them just because everyone else does that and we never question the validity.

The question I have is – do people even know who they are or they just live their lives based on values and convictions taught to them?

You start questioning things when you have lived among different cultures. That is when you wonder why you believe in things you believe in? and why things that you take as facts actually turn out to be lies…or, to be more  precise, things are true only if you believe they are true…

Let me give you a few examples:

– North Americans believe that you have to refrigerate meat right after you cook it or you will get sick or will get food poisoning.  However, Latvians leave their meat and cheese out on the table for a day or so. They do not have coolers and they carry their smoked meats or sausages with them in the car or a bag for more than a day if they go camping or on a road trip. And they eat it without getting sick. They also, re-fry that cooked meat if it seems funny and still eat it without getting sick

– Latvians believe that you can’t drink cold water or anything cold for that matter during a very hot day or you will get a strep throat. They believe it so badly that they actually get it.

– Most Latvian women believe that if they do not have sex with a guy for a long time, their vagina will close.

– Latvians also believe that your kidneys will catch a cold if you sit on a concrete before the thunder bangs 3 times in a row.

I know, you think it’s silly as everyone knows you can drink cold water or beer during a hot day but Latvian’s do not know that. So, how many other beliefs do you have that you take as a proven fact that actually are just beliefs that somebody taught you? How do you know that whatever you think to be true actually is?

A simple question for you and I hope you have an answer to it? Who are you?

So, who are you? Honestly, I can see your face going pale because you have no answer and you probably have never even thought about that, have you?

Don’t tell me what you believe in or give a list of roles you play. Adjectives will not work either as those are just descriptive words of a personality that you have developed based on same beliefs I was talking about earlier.

Tags: awakening, Be the change, Dreams, existence, false beliefs, freedom to be, life's meaning, My Way To Truth, Personal Freedom, who Am I?

4 responses to “We Are Nothing But Puppets…”

Tell Me What you Think Cancel reply 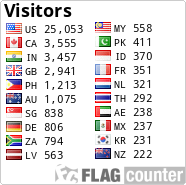